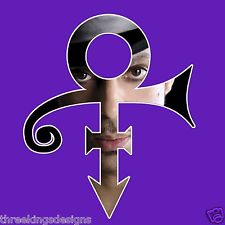 Though I am writing this post weeks before any toxicology report has come back on the death of singer, songwriter, and performer known as Prince, I along with many others, especially those of us medically inquiring minds want to know what really was the cause of Prince’s demise?

I wrote a blog post a while back, “Hypocrisy Could Kill You!”  which dealt with people who practice the Jehovah’s Witness religion, whereas part of their beliefs are not to receive any blood-borne products, i.e. blood transfusions. I also mentioned how I do not comprehend how can a devout, practicing Jehovah’s Witness NOT accept blood transfusions, but yet they can drink a plethora of hard liquor, yet feel that accepting another’s blood to keep them alive is more dangerous than hard liquor.  (Previous blog link:   (https://youempoweryourhealth.com/2014/03/09/hypocrisy-could-kill-you/)

Prince became a practicing and devout Jehovah’s Witness in 2001.  His outward appearance, especially for a 57-year-old, personified one who was ‘very healthy’; not eating meat and very careful as to the foods he did or did not eat. Internally though, it is a known fact that over time he needed a double hip replacement from all the years of performing, dancing, doing splits, jumping off stages, long performances. As we get older, we as humans naturally become slower, bones age and muscles get stiffer.  Yes, it’s great to stay in shape, exercise, I’m not knocking that at all.  I’m saying that we cannot fool ourselves, or our physical bodies into thinking we will get younger!

As Prince’s autopsy came back (external) as no foul play, no bruises, etc. on his outward body, I can only imagine what his inward organs, blood draws, etc. looks like after the medical records and toxicology reports come back. A ‘healthy’ 57-year-old just does not drop dead for no reason. The ‘flu’ (which I never believed he had the flu) will not kill a healthy, fit person. IF it is true and revealed that he took prescription drugs such as opiates to deal with what I’m sure was excruciating pain of his hips for over 10 years, I CAN believe this is what caused his early and untimely death – especially if you’re taking them in an amount that is unfathomable to me to cause organ failure!

Could Prince have been saved had he not been a Jehovah’s Witness and sought out surgery and complied with undergoing the surgical procedures needed to have hip replacement? Is your religious beliefs, your particular religion causing you to be ill or suffer a long-term health issue?  Just sayin’!

Prescription drugs as well as narcotic medications are changing and killing people at an alarming rate – more so than I’d say marijuana!  Has plain ‘ole marijuana killed a person? I don’t know of it actually causing a person to die!.  Not advocating neither street drugs or prescription drugs, nor am I advocating or speaking ill of a person’s religion, but I am wanting you to give some thought on how or what is governing your life, spiritually, emotionally and perceptively!

Though obviously I did not know Prince, my perspective of him have the earmarks of an individual who was very interesting, caring, giving and most definitely a very gifted person. I’m grateful for the gift and talents that he shared with the world. For sure, he was a person way ahead of his time, a person who cared for others, and in his latter years gained a deep respect for women (and all people for that matter) yet seemed lonely, in pain and deeply hurting. All of us suffer events or what we consider traumatic events in our lives and for some reason, even I have noticed with myself as well as others I know, as we get older, these events continuously play out in our heads, never forgetting what happened. What little we did know personally about Prince, this seems to have been the case as he DID suffer a surmountable amount of what he considered traumatic events, yet never ‘getting over’ what happened.  That’s why it is extremely important to have a personal, intimate relationship with God, not a religion or make a god out of our religious organization, per se. We can go to ANY church and get caught up with the religious formatting of that church and never have a one-on-one relationship with God himself! I’m no one to judge, change or speak or think negative of another human being – we just need to sincerely pray more for, show more genuine love, compassion and concern towards one another. No matter how mean they become or seem aloof, get your feelings out of it and just love on them, as best we can and as best as the other person will allow – no matter what their status is in life!