For the remaining weeks in February 2017, each week I will feature a bit of history as well as celebrating many African Americans who made history and are continuing to make history in the field of medicine and healthcare. You can also reach back and read my previous blogs for many great trail-blazers who paved the way for freedom, hope, change, and encouragement:  https://youempoweryourhealth.com/2014/02/02/474/ 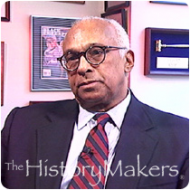 LaSalle D. Lefall, Jr. was born in 1930 in Tallahassee, Florida and grew up in Quincy, Florida. He graduated high school at the age of 15 in 1945. At the age of 22, he earned his M.D. degree from Howard University.

Dr. Leffall is an American surgeon and oncologist as well as one of the most prominent public health leaders in the fight against cancer. President George W. Bush appointed him as chairman of the President’s Cancer Panel and Dr. Leffall also led the National Dialogue on Cancer.

Not only is Dr. Lefall a surgeon and an oncologist, he also was a medical educator, having taught over 4,500 medical students and trained at least 250 general surgery residents.